Eric has been involved with a myriad of percussion groups in the Northwest for the last 18 years. He holds a Bachelor’s degree in Music from Washington State University, where he studied under professor David Jarvis. From 2000 to 2002 Eric marched with the Seattle Cascades Drum Corps, capturing a Div III championship (2000), Div II high percussion (2001), and a top 12 finals performance (2002).

Eric is the Percussion Caption head for Sunset High School and Liberty High School. Currently in his 6th year on staff with Oregon Crusaders Indoor, he has also served on staff for the Oregon Crusaders (2006,2009-2012) and Seattle Cascades (2007). He lives in Portland, OR with his wife Andrea. 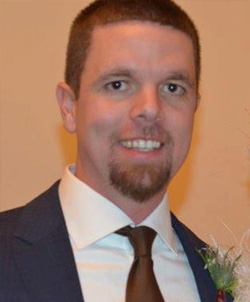