Andy Turner began studying percussion when he was in the 7th grade. In 2002 he made the transition from Whiteaker Middle School to McNary High School where he began studying percussion under Alan Keown and Chris Whyte. Andy attended Alan’s camp from 2003 – 2005 and was awarded “Drum Camper of The Year” in 2005. During his high school career Andy participated in marching band, symphonic band, solo contests as well as winter percussion ensembles until he graduated from McNary in 2006. After graduating, he marched in the University of Oregon snare line, and competitively for Oregon Crusaders Indoor percussion ensemble from 2009 – 2011. 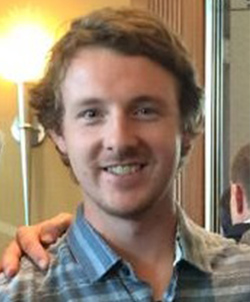